The excess skin and eye bag surgeries performed in Clínica Sanza Barcelona are rejuvenating, however, the eye lift, changes the shape of the eyes, regardless of age, to fresher and exotic, ultimately, more slanted or almond shaped eyes.

Clínica Sanza in Barcelona, Spain, is a reference center in eye lift surgery.

WHERE DO WE OPERATE?

At Clínica Sanza we rely on the Sagrat Cor Hospital, part of the Quirónsalud group, to perform our surgical procedures.

Its prestige, facilities, medical and healthcare staff, as well as its technology are a guarantee.

People who wish to change the shape of their eyes: sad eyes, fallen look; round eyes; accidents, genetic malformations or other causes.

A technique called cantopexy is usually performed on the outer rim of the eye socket.

A small incision is made on the outer edge of both eyes or, occasionally, on the temples, through inside the scalp, depending on the desired shape. In both cases the scar is not visible because the skin of the eye heals very well and the one from the scalp is hidden by the hair.

In many cases it can be accompanied by a blepharoplasty, eyebrows elevation, etc., to finish harmonizing the eyes, according to the patient’s request and the surgeon’s good judgment.

DURATION OF THE INTERVENTION 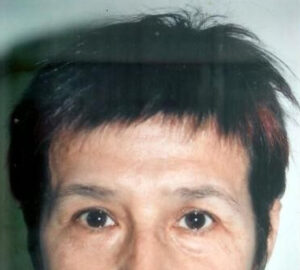 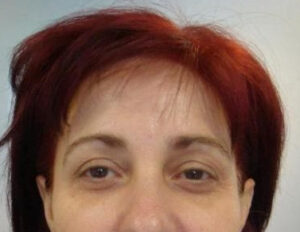 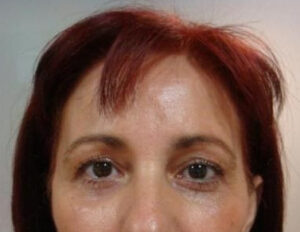 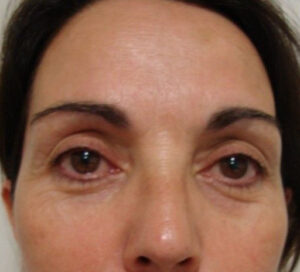 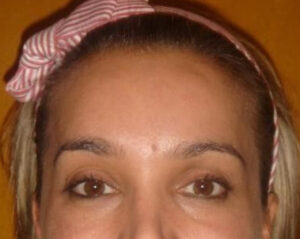 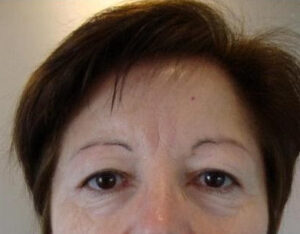 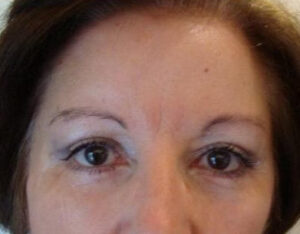 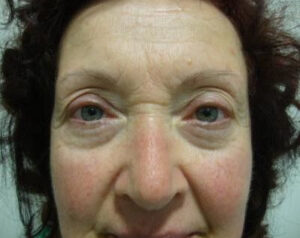 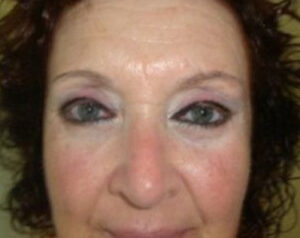 Whatever your case may be, do not hesitate in contacting us.

Is there an ideal age for blepharoplasty?

There is no ideal age for eyelid plastic surgery. This moment will define the appearance of the problem and is when we suggest the repair of it. As we have commented in other sections, at Clinica Sanza we are in favor (when possible) of small corrections in time, more than in radical changes, which translates into more natural results and a more youthful appearance, with simpler and more effective procedures.

Are there any visible scars after blepharoplasty?

No. Fortunately, the characteristics of the thin skin of the eyelids and the situation of the incisions allow the scars to be very discreet. Once the stitches have been removed (usually after 5 to 7 days) the scars can be concealed with colored makeup and after 2 to 3 months they are practically imperceptible.

What anesthesia is used to perform Blepharoplasty?

Usually with local anesthesia and a little sedation on an outpatient basis.

Do the eyes swell a lot, do they appear purple after the Blepharoplasty?

Postoperative edema (swelling) varies with each patient. At Clinica Sanza we perform minimally invasive techniques, making recovery faster. In general terms, there may be some inflammation in the first 3 or 4 days, which later disappears. Purples vary greatly from person to person. With our technique it is rare that they appear, but if they do appear we give a treatment to eliminate them, as soon as possible.

Do I have to be hospitalized, how long does the surgery take?

No, blepharoplasty is an outpatient procedure, which is performed in an operating room and lasts between 1 to 2 hours, is minimally invasive so, once the operation is over, and after a period of observation, the patient can go home.

When will I be able to wear glasses? And contact lenses?

You will be able to wear glasses just after the operation. Do not try to wear contact lenses during the first days until the doctor authorizes it, to use them normally after 5 to 7 days.

Why are there different methods in lower blepharoplasty?

The transconjunctival method is only effective if the purpose of the intervention is to eliminate fat deposits that have formed unsightly pockets. If, in addition to this, there is an excess of skin that must be removed, this route is not recommended, since it is not possible to tighten the skin through the transconjunctival route. Then, the incision is used under the eyelashes and after cutting the excess skin, it is tightened at that point.

Can the shape of the eye be changed?

If the patient wishes it, yes. There are patients who only want to rejuvenate and not change their look, to be the same, but younger. In these cases we do not change the shape of the eye, we only eliminate the stigmas of aging.

What are the risks with blepharoplasty surgery?

Indeed, it’s true that we can see people with a bad looking blepharoplasty, and that is visible those people underwent a surgery, but it’s not the usual thing. In addition, if at the end those pacients don’t like the results, they can always come back and rectify it.