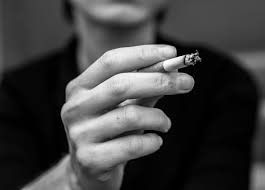 A 28% of Spanish population smoke, placing the country slightly above the average (26%) of the European Union (EU), information provided from Eurostat, the community statistical office.

As tobacco is such a common habit, their side effects that harm our organs and system in general are well described; however, normally, these effects are not focused on our greatest organ, the skin.

The intention of this article is not intended to judge anyone that has this habit. Clínica Sanza wants to help whom is interested in a healthier lifestyle, expanding knowledge and providing beneficial treatments to all that have felt the premature aging effect on their skin by smoking.

What does tobacco contain that makes it so dangerous?

The actual smoke of tobacco is an aerosol in which approximately 4000 chemical products are found. Between which, the Carbone monoxide (CO) and nicotine.

The toxic effect of the CO is due to its capacity of adherence to the haemoglobin in blood, molecule responsible for transporting oxygen (O2) to our organs and body tissue. The adherence effect of CO is 220 times greater than O2. The smoker has a continuous hypoxemia state, referring to less oxygen in blood. This state of hypoxemia, alters the natural biological process of the tissue for energy production and cell survival.

Said in fewer words, without enough oxygen the cells age and die…

Nicotine, the molecule responsible for creating dependency, is of fast absorption once it reaches the small air vessel. It produces various neurological reactions, generating sensations of wellbeing and satisfaction when smoking. This dependency creates habit, which in turn, is very hard to eliminate. Nicotine produces vasoconstriction and reduces de flow of the peripheric blood vessels, hence, generating dry, hard skin, without shine and aged.

The majority of the adverse tobacco effects are the dependency rates. The more you smoke, the greater the harmful effects. Also, there is no safe smoking dose for our health.

An article from the surgical society in the EEUU, 2010: “How Tobacco Smoke Causes Disease: The Biology and Behavioural Basis for Smoking-Attributable Disease“, concludes two fundamental concepts:

Tobacco harms the skin all over the body, the face being the most exposed and affected as it also has the sun ray effects. Nicotine reduces the levels of vitamin A, generating changes in the quantity and quality of collagen, therefore, producing a fragile and aged skin.

Skin alterations due to tobacco:

Also, not only the nicotine and the CO2 are harmful, the cigarette smoke contains great levels of other toxic substances. All these substances are capable of creating free radicals. 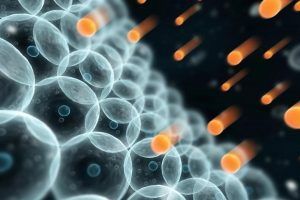 Free radicals are specific chemicals highly reactive and harmful for various cellular components, like the membrane and genetical material. They produce oxidation-reductive reactions, which in turn, produce cellular aging.

Another effect, when the oxygenation and the transportation of nutrients are altered, the cicatrisation is affected too.

On one side, it generates a diminution of the tissular oxygenation and an inhibition of the repairing cells. On the other side, the collagen production is stopped.

The altered collagen production in patients that are smokers has greater impact on postsurgical complications, such as, reopening of the surgical wound, hypertrophic scars, swollen stains, less graft survival.

Another effect when the collagen production I altered is the loss of elasticity and wrinkles of the skin. Wrinkles are considered a significant marker of skin aging, their appearance are due to various factors: chronologic age, genetical factors, ultraviolet radiation, toxic environmental factors, nutrition, illnesses, steroid consumption and mechanical forces.

The effect of tobacco consumption on facial wrinkles do not appear until an average age of 35 to 40 years old, being more significant in women than in men.

Wrinkles increase with the duration and consumption of smoked cigarettes

An epidemiological study, demonstrated that smoking cigarettes is an individual risk factor separate from solar exposure which by itself, produces premature wrinkles. However, when the two risk factors where both in action, the wrinkles where greater: tobacco habit and UV ray exposure. 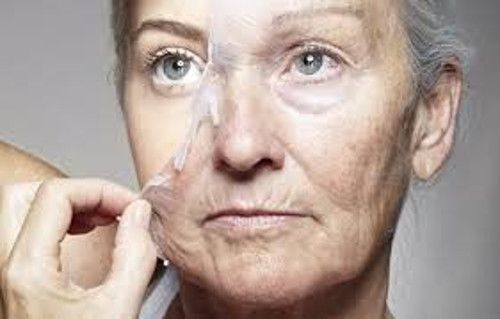 The good news is that the harm caused by tobacco can be treated. There are different treatments that provide proteins, vitamins and growth factors to the skin, hence, returning its elasticity, colour and natural shine.

Which is the most effective treatment to reduce the effects produced by tobacco?

There is no rejuvenating miracle for the skin in one and only session. Nonetheless, we can provide the combination of different treatments which create a synergic or summative effect, producing growth factors, stimulating the collagenous fibber production and eliminating the most aged and affected skin layers. With this, the skin will return to its juvenile aspect.

What can I expect from these treatments?

It is important to be cautious with the treatments, doing sessions that are non-aggressive or have low intensity, instead, more repetition. This way, we can avoid burns, inflamed scars and ulceration. The changes will have greater evidence from the 3rd or 4th session. If tobacco habit was stopped, the effects and recuperation would be more evident.

The aging effects of the tobacco on the skin are wider and are greatly studied. These are heavily related to the consumed dose and the summative effect of the sun light. The skin looses vitamins and amino acids, which produce shine and elasticity, in turn, generating a stained, dry and a tarnished aspect of the skin.

There are several techniques to treat these effects. They have should be proceeded in several sessions on a moderate intensity to avoid complications. The combination of antiaging techniques has a summative beneficial effect for the end result and are highly preferable than the monotherapy techniques.